Well I am sure many of you reading this blog are here to find out what I am currently doing to encourage my hair to grow back!

If you haven’t already read my last post – aptly titled – My hair is coming back. Then you can read that first or after this one – it opens in a new window.

Lots and I will tell you now that NONE really worked for me (in the sense of sprouting back lost hair I mean). Sorry if anyone read this and got their hopes up. However – what didn’t work for me – may work for you. 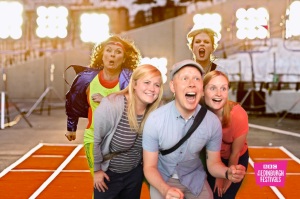 I digress, hats are OK at first but when your patches become too large and appear under the hat – or if it’s too hot outside and you are continually sweaty – I found it best to get rid. Once I had shaved however I do continue to wear hats in winter.

50% of my clients with Alopecia have had a trauma, stress, death of a loved one – the other 50% have had no such occurrence. It may all come back, some might, or it might never come back and progress to Alopecia Universalis.

His comments helped immensely as I thought – fine – there is no point getting false hope.

half an eyebrow with alopecia

Pills – Anti-depressants – I have discussed that at my lowest ebb – they really helped me from dipping so low.

Hair regrowth tablets: My doctor gave me a prescription for Propecia (which I had to pay for). I felt this worked at first but after a year  – no change.

Lotions and potions: I tried the lotion that the ‘trichologist’ gave me which as I stated – didn’t work. I toyed with minoxidil but after my propecia failure – decided not to.

Garlic and Onions! I tried this after reading that in India that rubbing one or the other on the head on the patches encourages hair growth.

Mindfulness: This didn’t help my hair growth but it did really help my mental health and encourage me to deal with my feelings.

Diet and lifestyle: I cut out sugars, caffeine, carbs and alcohol – all at different times – some for over 6 months – again no change – apart from the fact I obviously felt a little healthier (and deprived).

Exercise: I tried to keep fit – which boosted my mood and energy levels but did nothing for my hair. I had read that endorphins and hanging upside down helped so I did a reverse bungee jump and an actual bungee jump. Nothing.

So what DOES work?

Cookie – crumbled. Sometimes a dose of tough love to yourself and a reality check is all you need.

Acceptance is key – as are a supportive network of people around you – cheers to mine!  And go seek out yours.